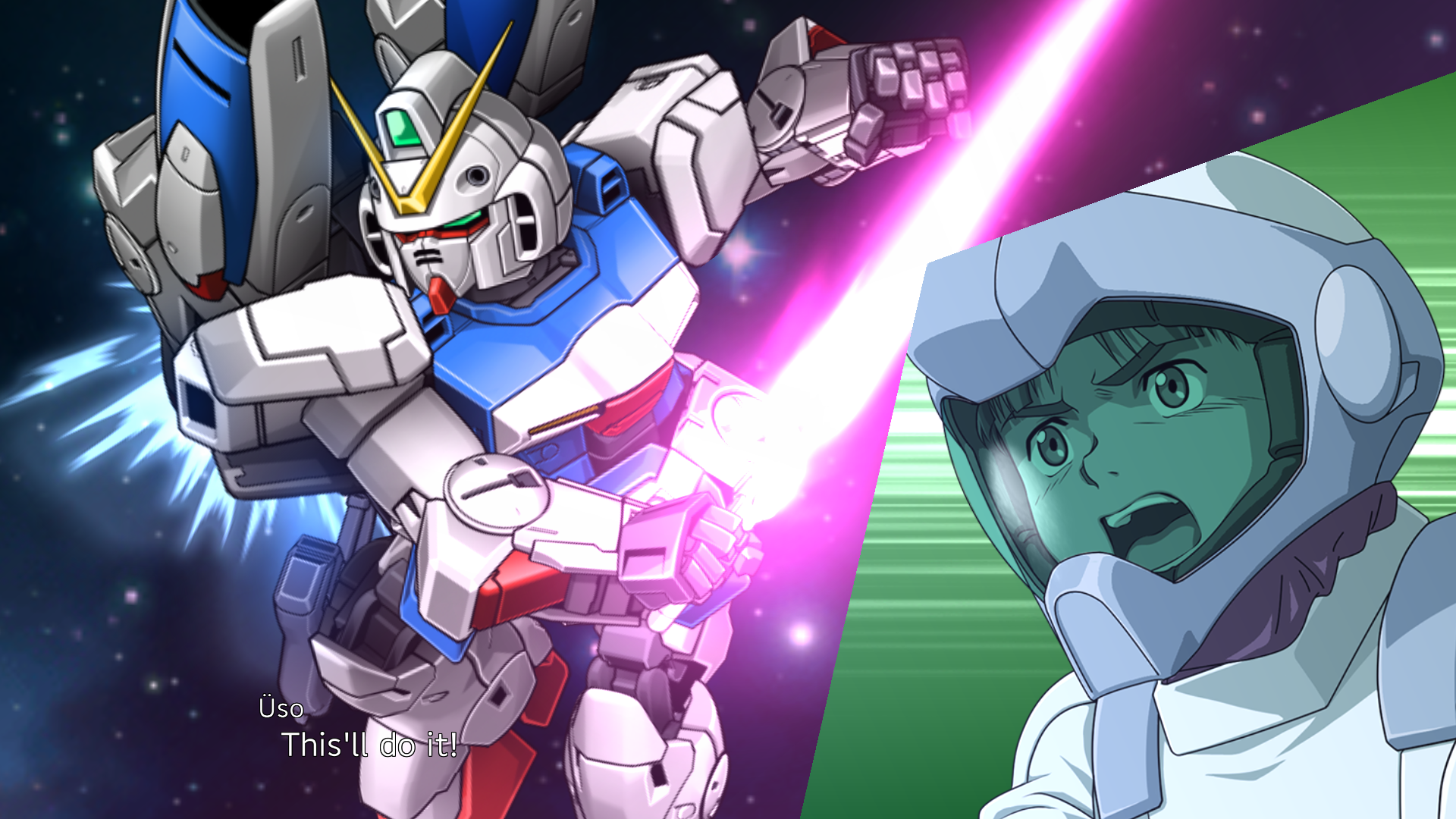 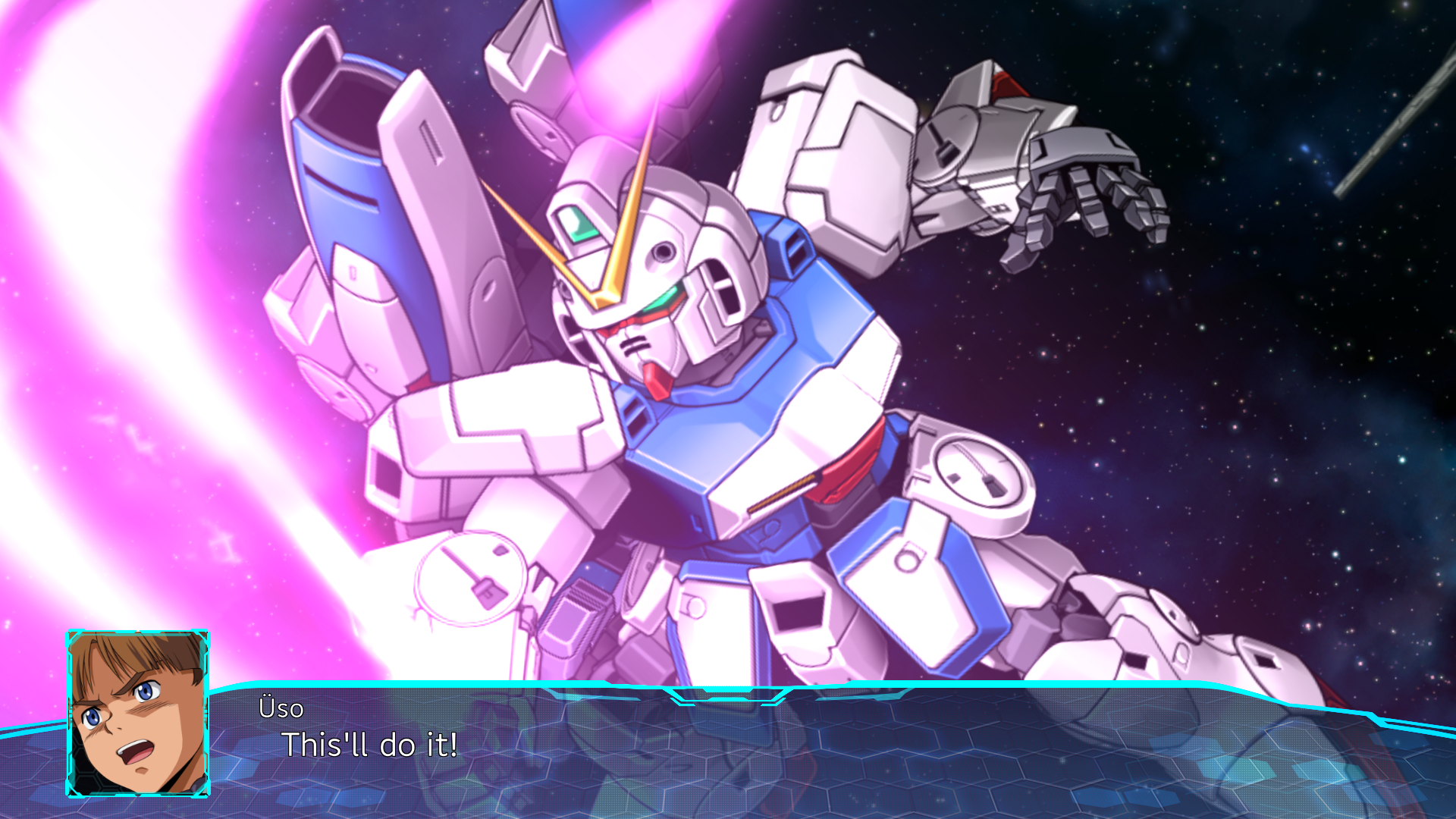 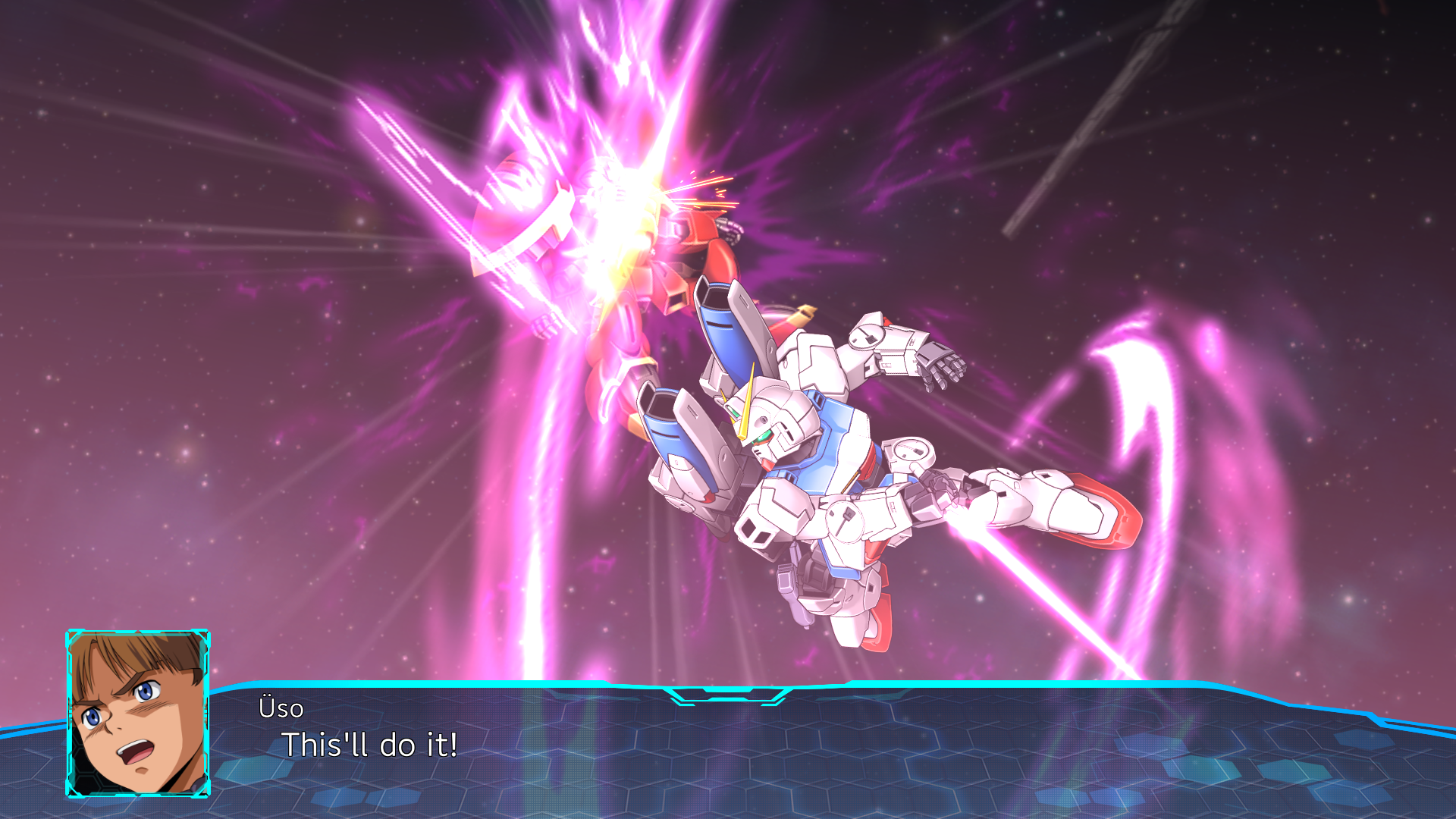 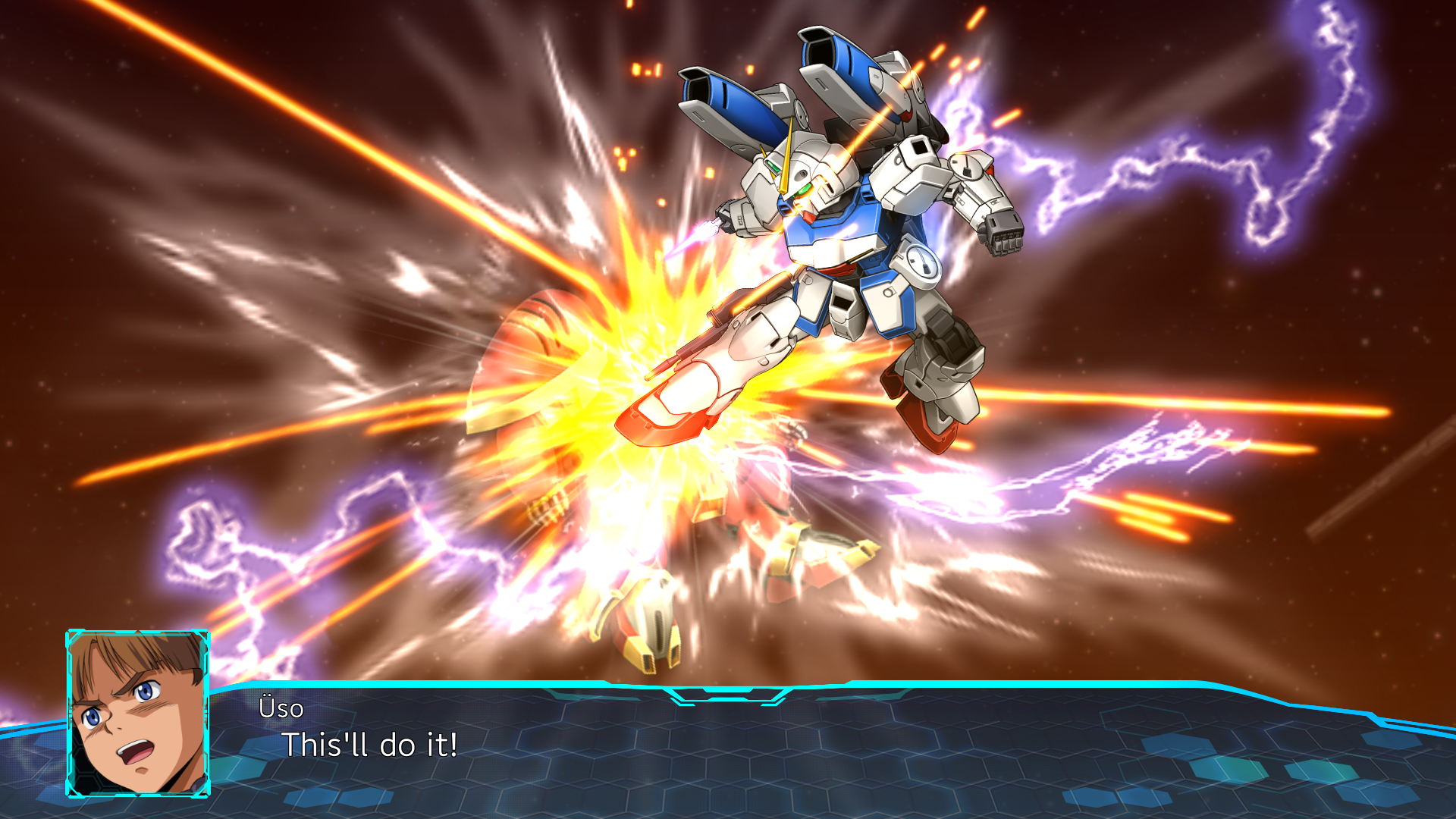 After a fierce battle with Char on Axis, Amuro emerges victorious, but Londo Bell fails to destroy Axis as it plummets to Earth.
As Axis enters the Earth's atmosphere, Amuro uses the Nu Gundam to stop and attempt to push it back. The Nu Gundam's Psycho-frame prevents Axis colliding with Earth in a glorious flash of light which leaves
a lasting an impression on all who witnessed it.
Amuro and Char go missing after the battle, never to be seen again...